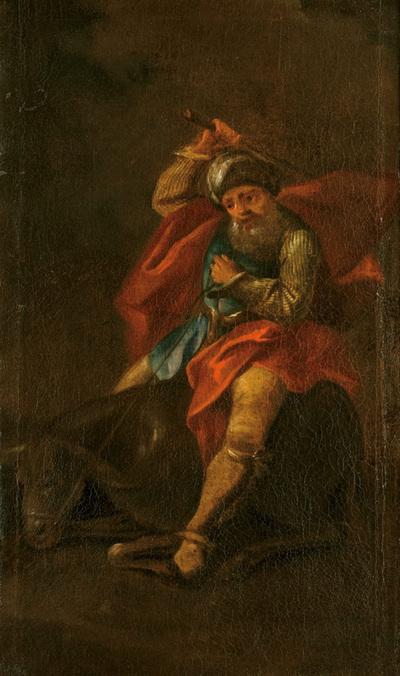 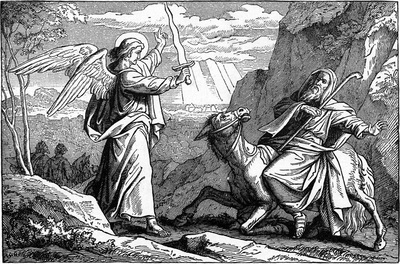 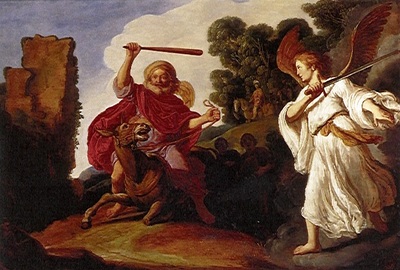 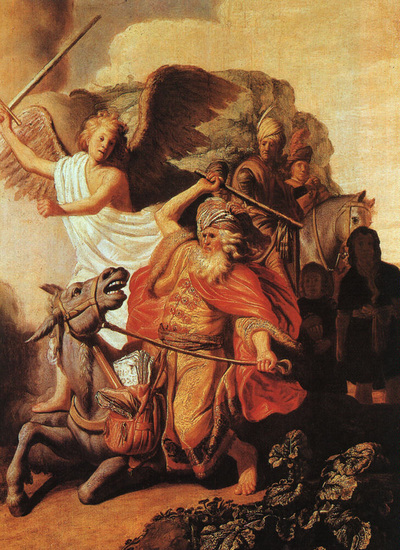 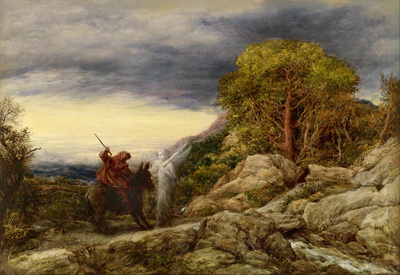 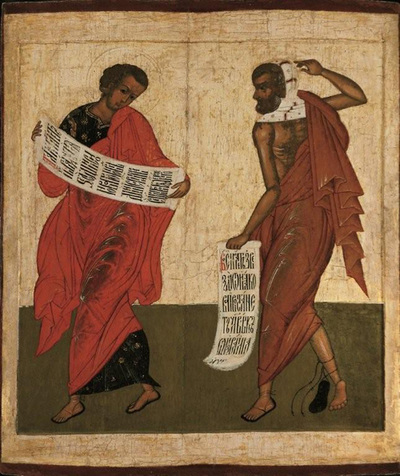 2 Now Balak the son of Tzippor saw all that Isra’el had done to the Emori. 3 Mo’av was very afraid of the people, because there were so many of them; Mo’av was overcome with dread because of the people of Isra’el. 4 So Mo’av said to the leaders of Midyan, “This horde will lick up everything around us, the way an ox licks up grass in the field.”

Balak the son of Tzippor was king of Mo’av at that time. 5 He sent messengers to Bil‘am the son of B‘or, at P’tor by the [Euphrates] River in his native land, to tell him, “Listen, a people has come out of Egypt, spread over all the land and settled down next to me. 6 Therefore, please come, and curse this people for me, because they are stronger than I am. Maybe I will be able to strike them down and drive them out of the land, for I know that whomever you bless is in fact blessed, and whomever you curse is in fact cursed.” 7 The leaders of Mo’av and Midyan left, taking with them the payment for divining, came to Bil‘am and spoke to him the words of Balak. 8 He said to them, “Stay here tonight, and I will bring you back whatever answer Adonai tells me.” So the princes of Mo’av stayed with Bil‘am.

9 God came to Bil‘am and said, “Who are these men with you?” 10 Bil‘am said to God, “Balak the son of Tzippor, king of Mo’av, has sent me this message: 11 ‘The people who came out of Egypt have spread over the land; now, come and curse them for me; maybe I will be able to fight against them and drive them out.’” 12 God answered Bil‘am, “You are not to go with them; you are not to curse the people, because they are blessed.”

(RY: v; LY: ii) 13 Bil‘am got up in the morning and said to the princes of Balak, “Return to your own land, because Adonai refuses to give me permission to go with you.” 14 The princes of Mo’av got up, returned to Balak and said, “Bil‘am refuses to come with us.”

15 Balak again sent princes, more of them and of higher status than the first group. 16 They went to Bil‘am and said to him, “Here is what Balak the son of Tzippor says: ‘Please don’t let anything keep you from coming to me. 17 I will reward you very well, and whatever you say to me I will do. So please come, and curse this people for me.’” 18 Bil‘am answered the servants of Balak, “Even if Balak were to give me his palace filled with silver and gold, I cannot go beyond the word of Adonai my God to do anything, great or small. 19 Now, please, you too, stay here tonight; so that I may find out what elseAdonai will say to me.” 20 God came to Bil‘am during the night and said to him, “If the men have come to summon you, get up and go with them; but do only what I tell you.”

36 When Balak heard that Bil‘am had come, he went out to meet him in the city of Mo’av at the Arnon border, in the farthest reaches of the territory. 37 Balak said to Bil‘am, “I sent more than once to summon you! Why didn’t you come to me? Did you think I couldn’t pay you enough?” 38 Bil‘am replied to Balak, “Here, I’ve come to you! But I have no power of my own to say anything. The word that God puts in my mouth is what I will say.”

(RY: vi, LY: iv) 39 Bil‘am went with Balak. When they arrived at Kiryat-Hutzot, 40 Balak sacrificed cattle and sheep, then sent to Bil‘am and the princes with him. 41 In the morning Balak took Bil‘am and brought him up to the high places of Ba‘al; from there he could see a portion of the people.