“God will provide himself the lamb for a burnt offering, my son” 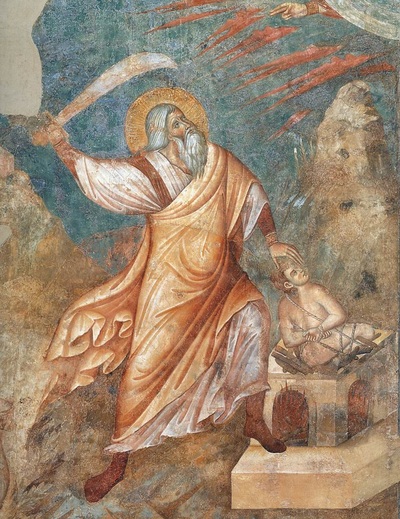 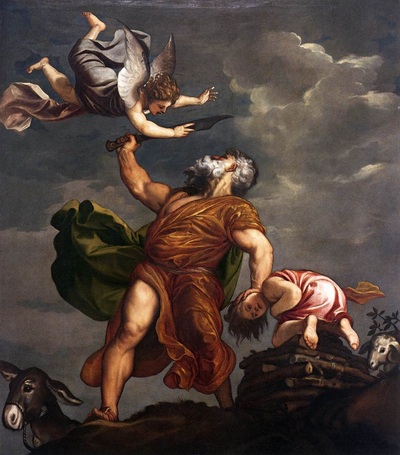 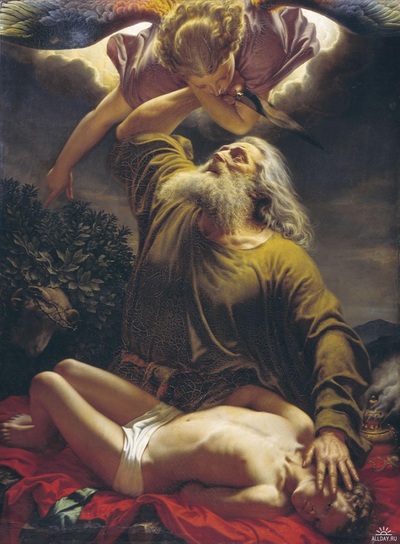 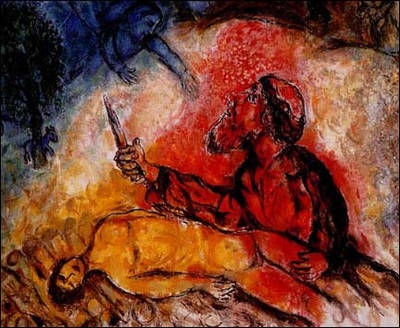 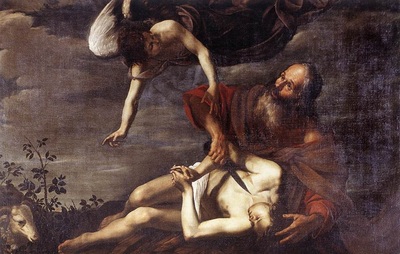 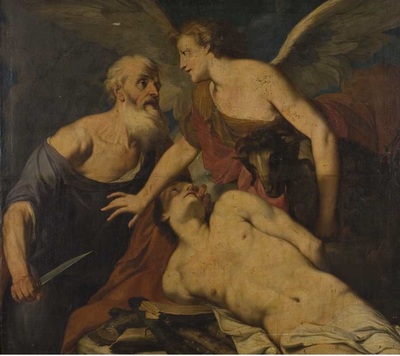 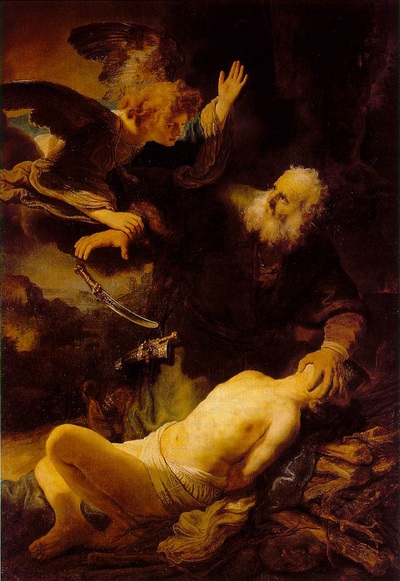 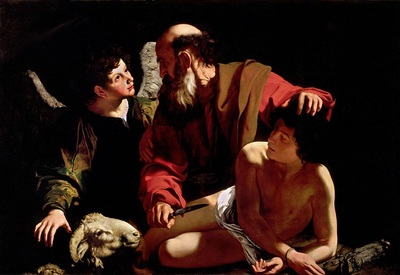 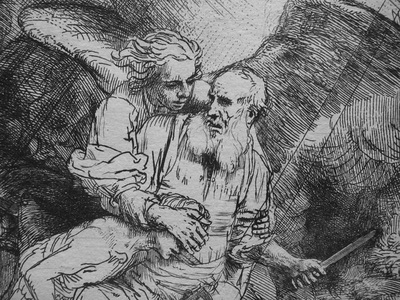 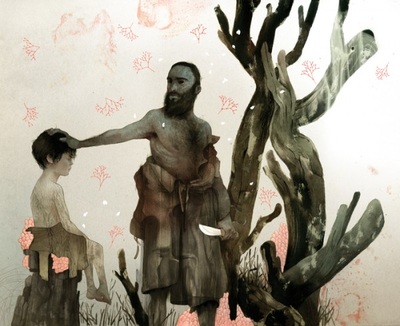 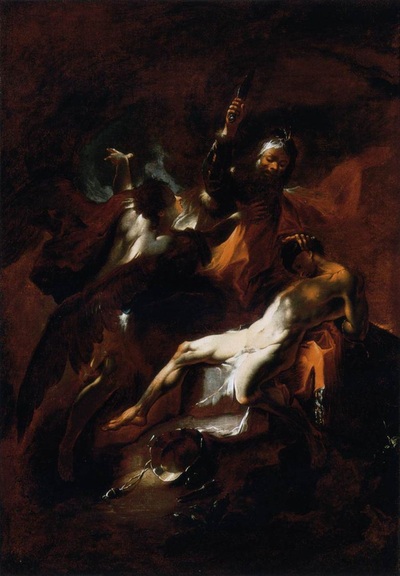 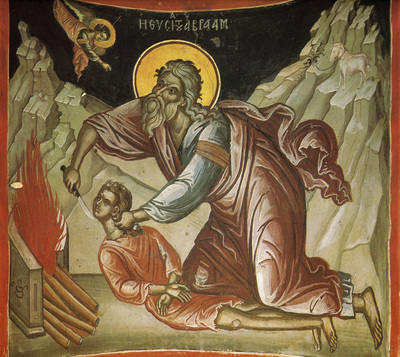 
22 (vii) After these things, God tested Avraham. He said to him, “Avraham!” and he answered, “Here I am.” 2 He said, “Take your son, your only son, whom you love, Yitz’chak; and go to the land of Moriyah. There you are to offer him as a burnt offering on a mountain that I will point out to you.”

3 Avraham got up early in the morning, saddled his donkey, and took two of his young men with him, together with Yitz’chak his son. He cut the wood for the burnt offering, departed and went toward the place God had told him about. 4 On the third day, Avraham raised his eyes and saw the place in the distance. 5 Avraham said to his young men, “Stay here with the donkey. I and the boy will go there, worship and return to you.” 6 Avraham took the wood for the burnt offering and laid it on Yitz’chak his son. Then he took in his hand the fire and the knife, and they both went on together.

9 They came to the place God had told him about; and Avraham built the altar there, set the wood in order, bound Yitz’chak his son and laid him on the altar, on the wood. 10 Then Avraham put out his hand and took the knife to kill his son.

11 But the angel of Adonai called to him out of heaven: “Avraham? Avraham!” He answered, “Here I am.” 12 He said, “Don’t lay your hand on the boy! Don’t do anything to him! For now I know that you are a man who fears God, because you have not withheld your son, your only son, from me.” 13 Avraham raised his eyes and looked, and there behind him was a ram caught in the bushes by its horns. Avraham went and took the ram and offered it up as a burnt offering in place of his son. 14 Avraham called the place Adonai Yir’eh [Adonai will see (to it), Adonai provides] — as it is said to this day, “On the mountain Adonai is seen.”

19 So Avraham returned to his young men. They got up and went together to Be’er-Sheva, and Avraham settled in Be’er-Sheva.