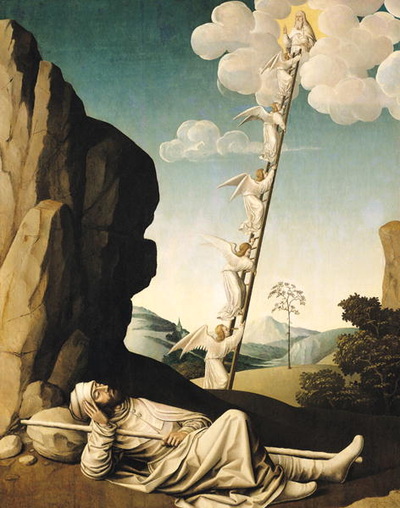 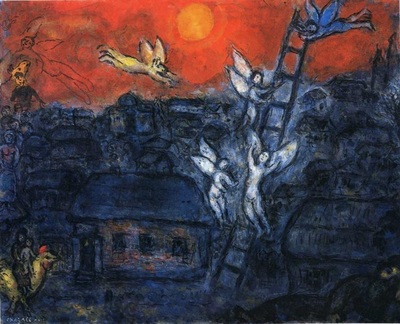 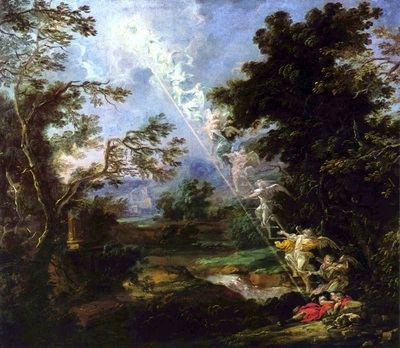 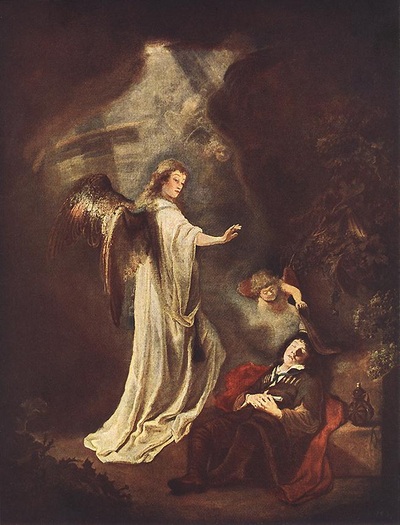 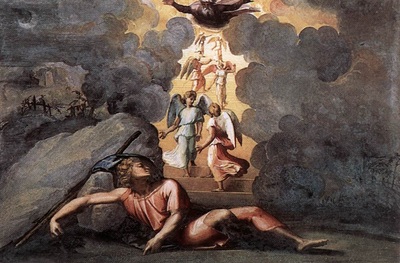 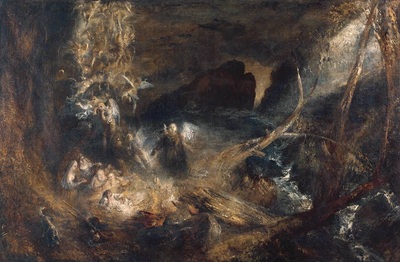 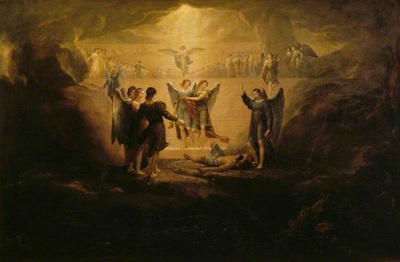 Parashah 7: Vayetze (He went out) 28:10 –32:3(2)10 Ya‘akov went out from Be’er-Sheva and traveled toward Haran. 11 He came to a certain place and stayed the night there, because the sun had set. He took a stone from the place, put it under his head and lay down there to sleep. 12 He dreamt that there before him was a ladder resting on the ground with its top reaching to heaven, and the angels of Adonai were going up and down on it. 13 Then suddenly Adonai was standing there next to him; and he said, “I am Adonai, the God of Avraham your [grand]father and the God of Yitz’chak. The land on which you are lying I will give to you and to your descendants. 14 Your descendants will be as numerous as the grains of dust on the earth. You will expand to the west and to the east, to the north and to the south. By you and your descendants all the families of the earth will be blessed. 15 Look, I am with you. I will guard you wherever you go, and I will bring you back into this land, because I won’t leave you until I have done what I have promised you.”

16 Ya‘akov awoke from his sleep and said, “Truly, Adonai is in this place — and I didn’t know it!”17 Then he became afraid and said, “This place is fearsome! This has to be the house of God! This is the gate of heaven!” 18 Ya‘akov got up early in the morning, took the stone he had put under his head, set it up as a standing-stone, poured olive oil on its top 19 and named the place Beit-El [house of God]; but the town had originally been called Luz.

20 Ya‘akov took this vow: “If God will be with me and will guard me on this road that I am traveling, giving me bread to eat and clothes to wear, 21 so that I return to my father’s house in peace, thenAdonai will be my God; 22 and this stone, which I have set up as a standing-stone, will be God’s house; and of everything you give me, I will faithfully return one-tenth to you.”