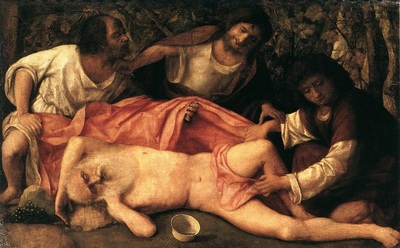 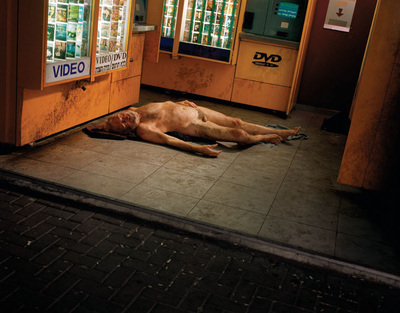 Adi Nes
﻿﻿﻿﻿Genesis 9﻿﻿﻿﻿
20
Noach, a farmer, was the first to plant a vineyard. 21 He drank so much of the wine that he got drunk and lay uncovered in his tent. 22 Ham, the father of Kena‘an, saw his father shamefully exposed, went out and told his two brothers. 23 Shem and Yefet took a cloak, put it over both their shoulders, and, walking backward, went in and covered their naked father. Their faces were turned away, so that they did not see their father lying there shamefully exposed.