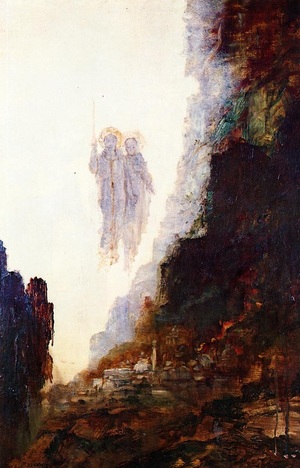 19 (iii) The two angels came to S’dom that evening, when Lot was sitting at the gate of S’dom. Lot saw them, got up to greet them and prostrated himself on the ground. 2 He said, “Here now, my lords, please come over to your servant’s house. Spend the night, wash your feet, get up early, and go on your way.” “No,” they answered, “we’ll stay in the square.” 3 But he kept pressing them; so they went home with him; and he made them a meal, baking matzah for their supper, which they ate.

4 But before they could go to bed, the men of the city surrounded the house — young and old, everyone from every neighborhood of S’dom. 5 They called Lot and said to him, “Where are the men who came to stay with you tonight? Bring them out to us! We want to have sex with them!” 6 Lot went out to them and stood in the doorway, closing the door behind him, 7 and said, “Please, my brothers, don’t do such a wicked thing. 8 Look here, I have two daughters who are virgins. Please, let me bring them out to you, and you can do with them what seems good to you; but don’t do anything to these men, since they are guests in my house.” 9 “Stand back!” they replied. “This guy came to live here, and now he’s decided to play judge. For that we’ll deal worse with you than with them!” Then they crowded in on Lot, in order to get close enough to break down the door. 10 But the men inside reached out their hands, brought Lot into the house to them and shut the door. 11 Then they struck the men at the door of the house with blindness, both small and great, so that they couldn’t find the doorway. 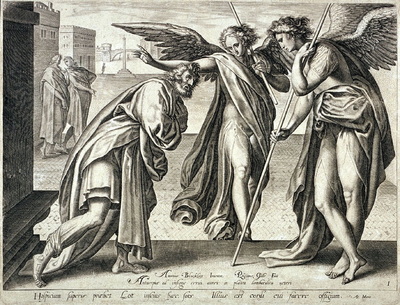 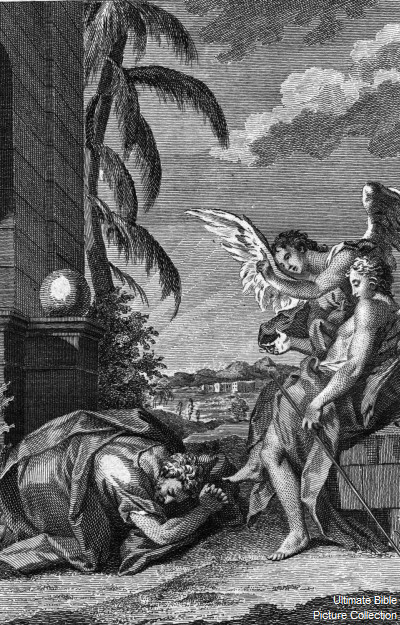 12 The men said to Lot, “Do you have any people here besides yourself? Whomever you have in the city — son-in-law, your sons, your daughters — bring them out of this place; 13 because we are going to destroy it. Adonai has become aware of the great outcry against them, and Adonai has sent us to destroy it.” 14 Lot went out and spoke with his sons-in-law, who had married his daughters, and said, “Get up and leave this place, because Adonai is going to destroy the city.” But his sons-in-law didn’t take him seriously.

15 When morning came, the angels told Lot to hurry. “Get up,” they said, “and take your wife and your two daughters who are here; otherwise you will be swept away in the punishment of the city.” 16 But he dallied, so the men took hold of his hand, his wife’s hand and the hands of his two daughters --Adonai was being merciful to him — and led them, leaving them outside the city. 17 When they had brought them out, he said, “Flee for your life! Don’t look behind you, and don’t stop anywhere in the plain, but escape to the hills! Otherwise you will be swept away.” 18 Lot said to them, “Please, no, my lord! 19 Here, your servant has already found favor in your sight, and you have shown me even greater mercy by saving my life. But I can’t escape to the hills, because I’m afraid the disaster will overtake me, and I will die. 20 Look, there’s a town nearby to flee to, and it’s a small one. Please let me escape there — isn’t it just a small one? — and that way I will stay alive.”

(iv) 21 He replied, “All right, I agree to what you have asked. I won’t overthrow the city of which you have spoken. 22 Hurry, and escape to that place, because I can’t do anything until you arrive there.” For this reason the city was named Tzo‘ar [small].

Destruction of  S’dom and  ‘Amora 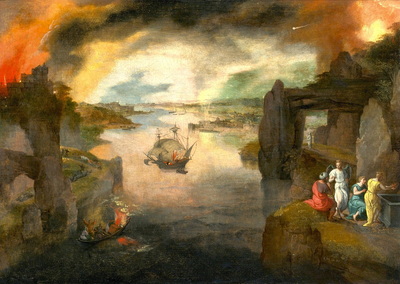 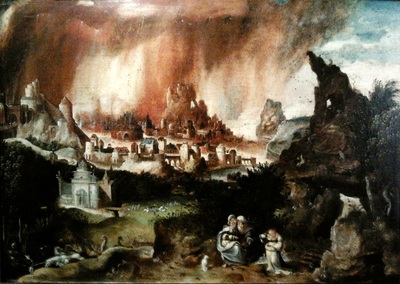 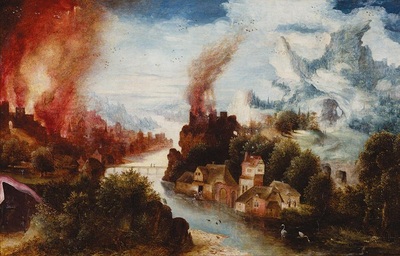 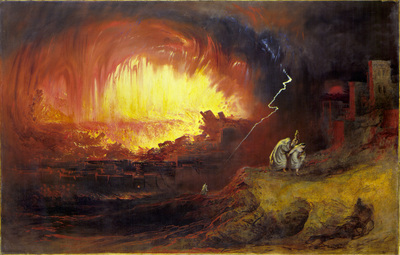 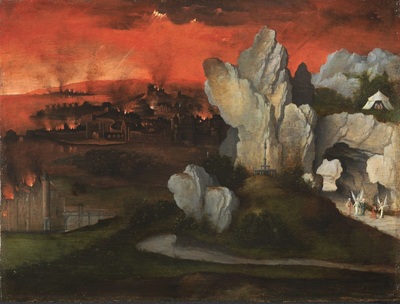 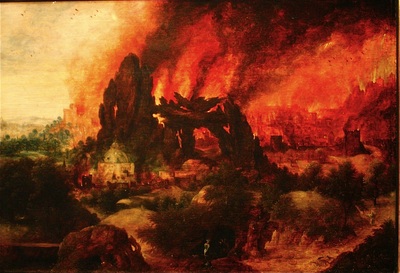 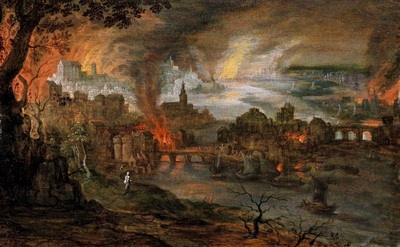 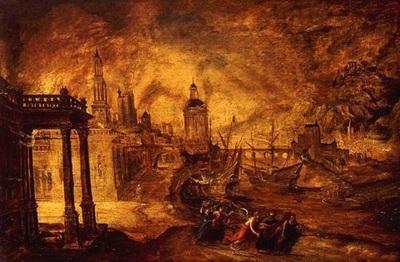 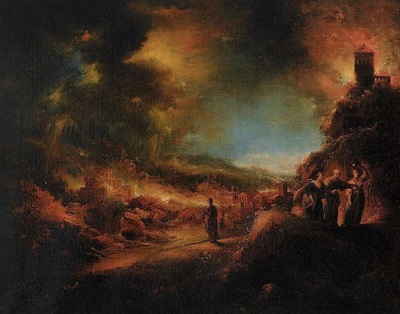 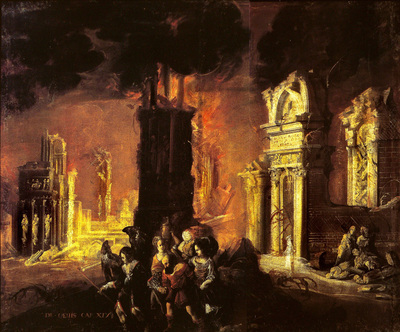 23 By the time Lot had come to Tzo‘ar, the sun had risen over the land. 24 Then Adonai caused sulfur and fire to rain down upon S’dom and ‘Amora from Adonai out of the sky. 25 He overthrew those cities, the entire plain, all the inhabitants of the cities and everything growing in the ground. 26 But his wife looked back from behind him, and she became a column of salt. 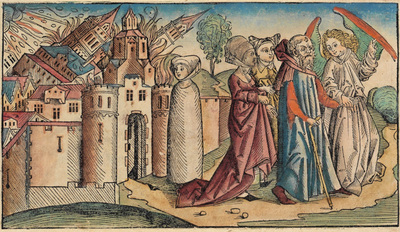 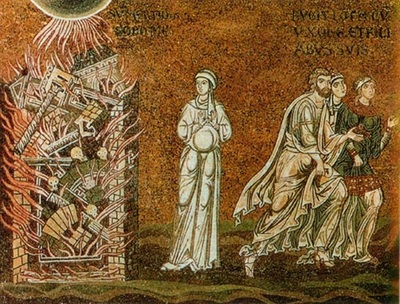 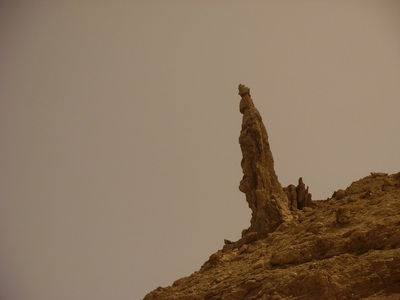 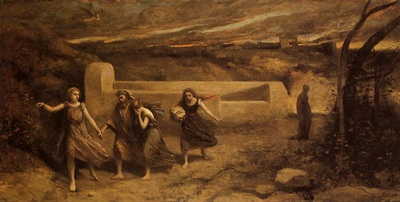 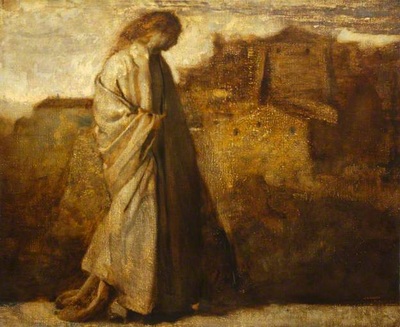 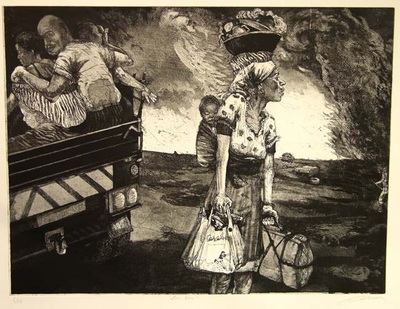 Diane Victor
27 Avraham got up early in the morning, went to the place where he had stood before Adonai, 28 and looked out toward S’dom and ‘Amora, scanning the entire plain. There before him the smoke was rising from the land like smoke from a furnace! 29 But when God destroyed the cities of the plain, he remembered Avraham and sent Lot out, away from the destruction, when he overthrew the cities in which Lot lived. 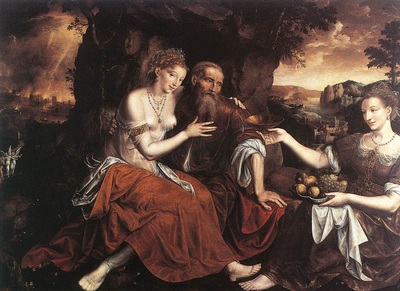 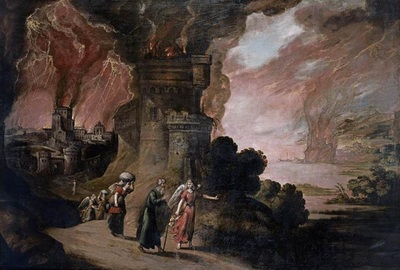 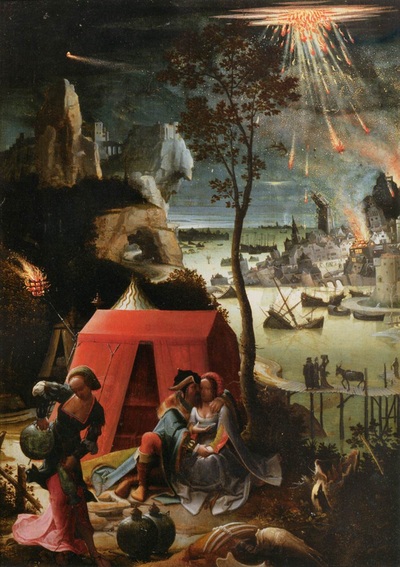 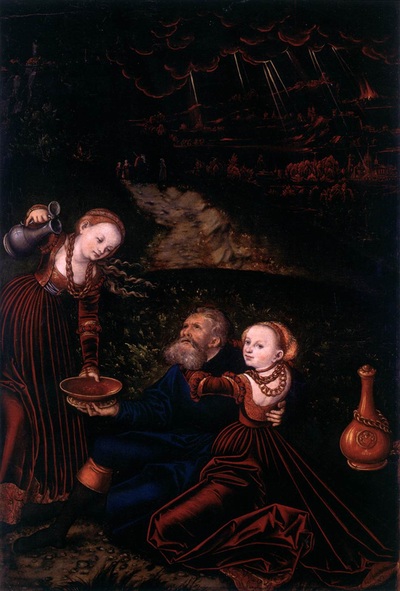 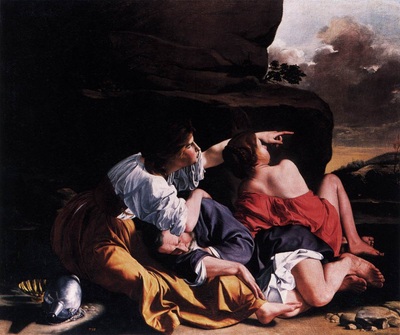 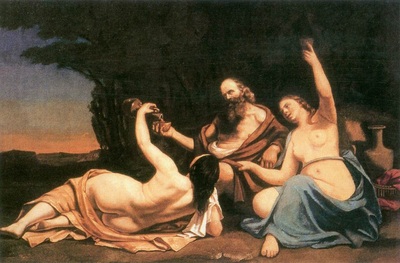 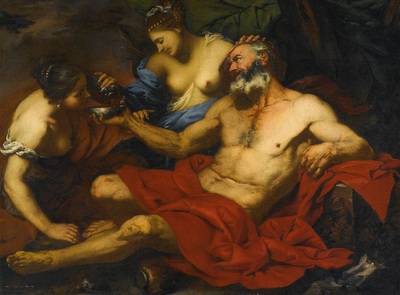 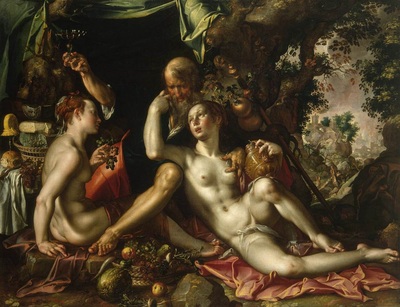 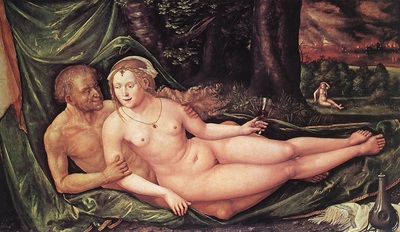 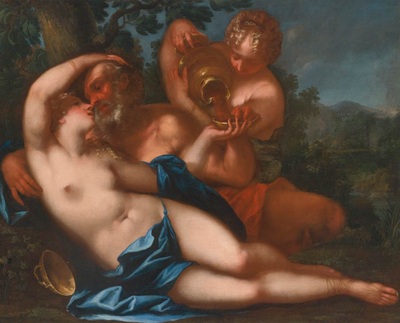 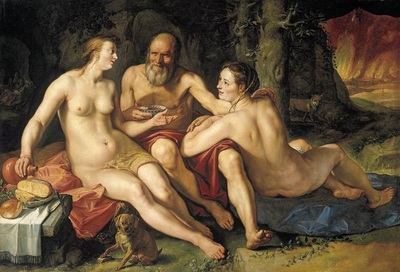 30 Lot went up from Tzo‘ar and lived in the hills with his two daughters, because he was afraid to stay in Tzo‘ar. He and his two daughters lived in a cave. 31 The firstborn said to the younger, “Our father is old, and there isn’t a man on earth to come in to us in the manner customary in the world. 32 Come, let’s have our father drink wine; then we’ll sleep with him, and that way we’ll enable our father to have descendants.”